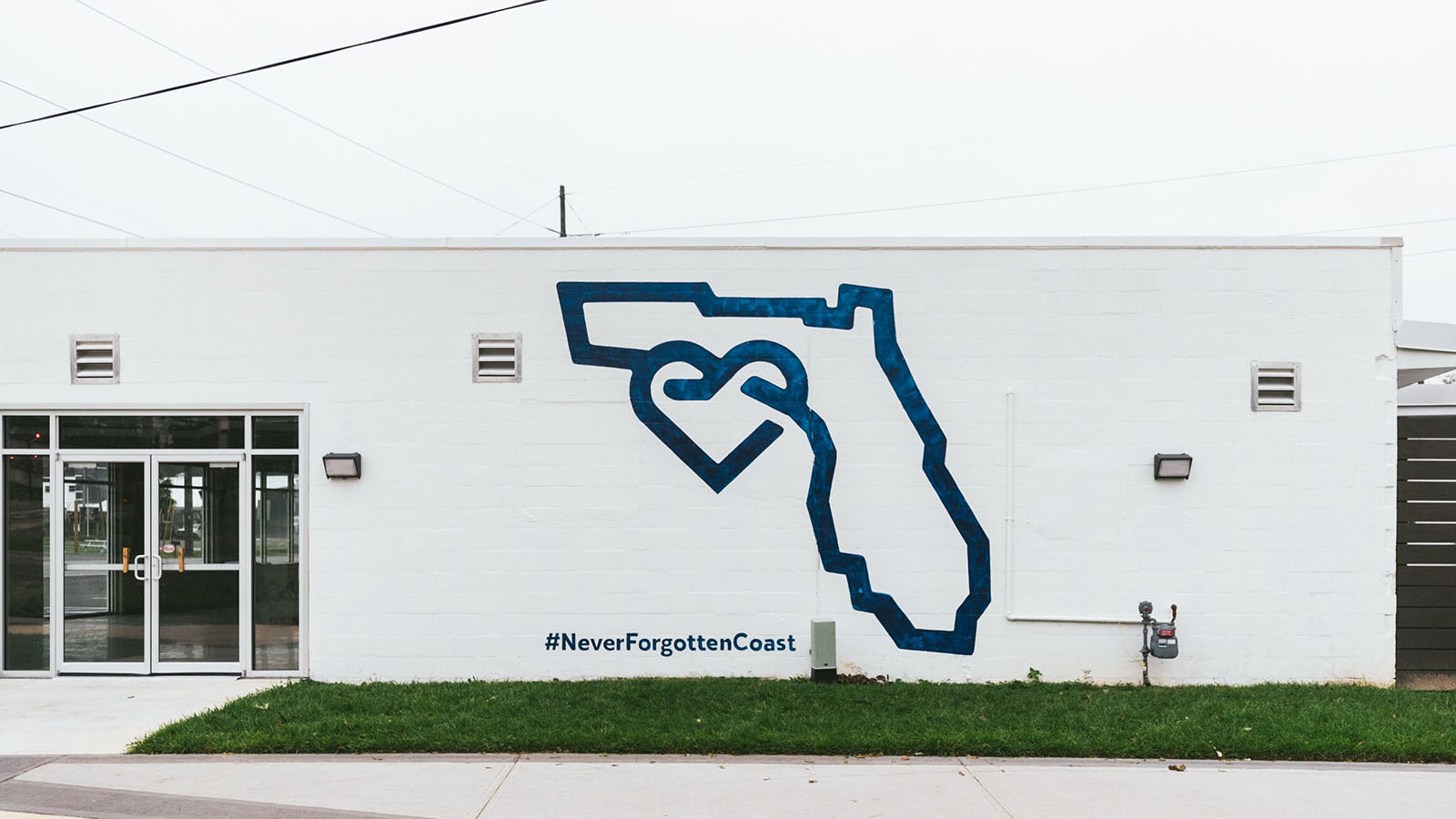 A group of creatives using t-shirts bring life back to a vibrant beach town.

Alex and Chelsea Workman are a husband and wife team living and working in Tallahassee, FL, about 1.5 hours East of Mexico Beach, a small coastal town that Hurricane Michael was heading straight toward.

Chelsea’s father is a small business owner in Mexico Beach, FL, so upon hearing of the storm’s path, you can imagine the urgency Alex and Chelsea had for him to evacuate.

Like a proud Floridian, her father was determined to stand his ground and ride out the storm. Luckily, through some pleading, he agreed to leave town and come back once the storm had subsided.

This was certainly the right idea. The Workmans watched on TV from Gainesville, FL (a couple of hours Southeast of the storm’s path) as the town of Mexico Beach was leveled by the storm. Hotels, homes, and businesses were ripped apart by the wind and storm surges, leaving massive parts of the town demolished.

As the Workmans were driving back to assess the damage done to their own town of Tallahassee (mostly only reached by the outer-bands of the storm), they were already planning what they could to do help those on the coast who’d lost virtually everything to this massive storm.

When a disaster like this strikes, people often express the desire to help, but don’t know how. “You hear the phrase ‘I wish I could do something’ all the time after something like this, and I just don’t want to be that guy,” says Alex. “I want to do something.”

As Alex and Chelsea were talking about what they could do to help, Alex happened to receive an Instagram direct message from Jesse Taylor, a Tallahassee-based graphic designer, asking if he’d like to collaborate on a project.

“Give me a call as soon as you can, here’s my number,” said Alex.

They connected on a call that Friday, met for coffee on Monday, and within an hour of the meeting, had launched the Never Forgotten Coast website.

Alex, Chelsea, and Jesse wanted to raise awareness of what happened in their home state. News cycles are short these days, and they wanted to make sure that Mexico Beach wasn’t lost or forgotten in the days that followed.

When launching the site, the team started taking preorders for t-shirts to raise money for those affected by the storm.

“T-shirts offer something tangible for us to give at a very reasonable price point in return for a donation,” says Alex. “And by doing that it really allows people to get involved.”

Having worked on a similar project before, Alex expected he might be able to sell 50–100 shirts. These estimates were blown away though, as they raked in 500–600 t-shirt orders in the first 48 hours of being available.

“The goal with these shirts is them to be someone’s favorite t-shirt” says Alex. “And one of the reasons we saw success is that with the high quality, people have the desire to continually wear it.”

Alex and his team have continued selling t-shirts online and at a pop-up shop in Mexico Beach. As of writing, they’ve printed over 2,500 shirts and counting, raising over $30,000 for small business owners in Mexico Beach.

Once they realized this was bigger than a couple of t-shirts, the team decided to focus on telling the stories of the individuals who call Mexico Beach home.

“Our goal is to put faces to Mexico Beach and humanize disaster,” says Alex. “People give to people and stories, not programs, and if we wanted to raise funds, what more effective way than to tell the stories of the people of Mexico Beach?”

Partnering with award-winning Nashville Jeremy Cowart and Tallahassee drone pilot Jonathan Smith, this creative bunch set out to tell the stories of those who call Mexico Beach home.

The team interviewed small business owners and took drone footage and photographs of the owners’ lots in the hurricane’s aftermath.

The drone footage provides a snapshot of business owners laying on a large red heart where their businesses once stood.

“Thousands of people have ties to this city,” says Alex. “We want to tell as many of their stories as possible and provide a way to support them in this difficult time.”

After doing research on the most effective way to use funds following a disaster, the Workmans partnered with a non-profit in the city to disperse micro-grants to these local business owners.

“Insurance claims take time to receive, which can drag out the rebuilding process,” says Alex. “Insurance money doesn’t always come through, or in some cases it takes a long time, so our hope in these micro-grants is that it’ll help these people get things off the ground quicker.”

So far, the campaign has been able to help 21 different small businesses receive funding –– some of which are already back open for business.

“It’s still rough over there, but each month more businesses are opening back up, which is amazing to see,” says Alex.

Being headquartered in Florida ourselves, many of us knew people or were related to people affected by the storm, so it was a huge honor when the Workmans asked Real Thread to play a part in the project. 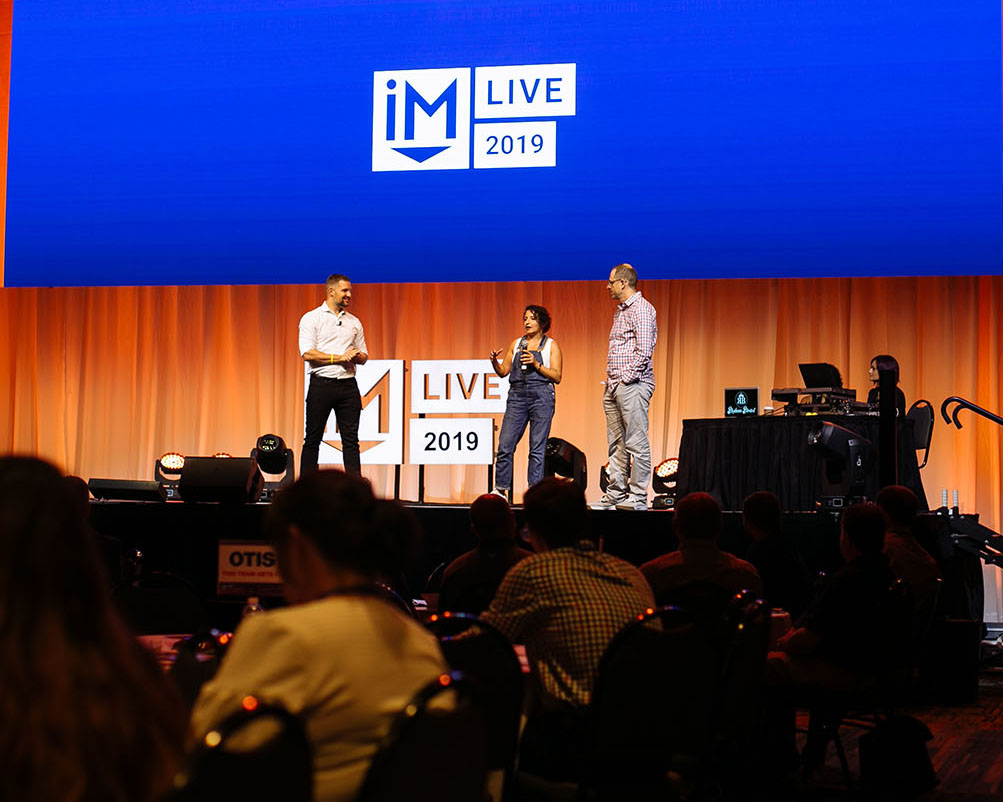 How IMPACT Takes Their Event Swag Up a Level 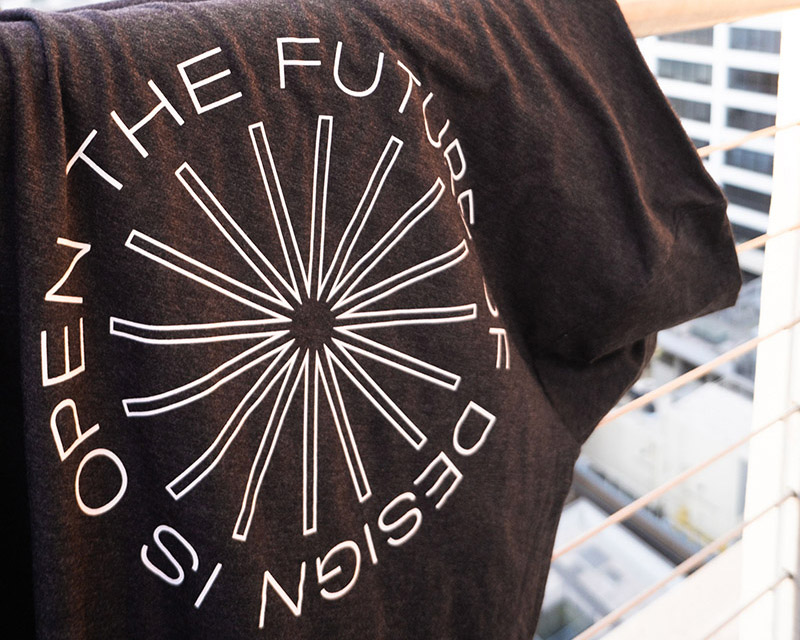 Abstract on the Perfect Conference T-Shirt